For further enforcement as to the importance of what it means to reach to Pure Evil and it's more complicated slightly lesser rank Near Pure Evil, it's come to my attention that not every villain is who's not a complete monster can be a Near Pure Evil, such as controversial actions, standard evil doings, and villains who have committed very heinous acts by have not only an issue but a problem or problems that strongly prevent them from being up to Near Pure Evil.

These three lower types of evils are

A questionable evil doer who's actions are debated on being right or wrong, such as they do things that can be argued in committing something that may or may not badly out weigh the negatives over the positives or their personality, behaviors and motives are too bad spirited despite them commiting good actions usually or possibly all the time.

From within the usual typical villainy initiative within the story, or just by the basics of usual bully type of violence, thievery or at max kill.

These villains have committed acts of moral event horizon but have problems in being higher, with a list being: Animalistic amoral or lower, redeeming so much to the point of them being either a anti-hero or hero, being on and off, has very heavy migrating factors and Freudian Excuse, Anti-Villain, and may has over 25% of preventions out of the less than 75% of what makes them close to being Pure Evil.

In order to know more about what makes someone as a Near Pure Evil look this page to find out.

And here are the examples of villains who are even Near Pure Evil. 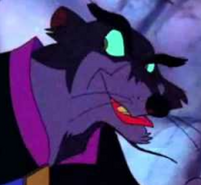 Jenner (Book): Now don't get wrong about Don Bluths Jenner as he managed to be above villains like Ratigan in terms of being heinous enough to be Pure Evil even if it's only by a small amount, however if we are going to use Jenner from the original story, then he wouldn't be because at worst book Jenner was just arrogant with the council and only had handful of followers to be by his side which inevitably arrived to an awful tragedy of them all getting killed at once. The biggest reason to why Book Jenner is not even remotely pure evil is that he did commit to murder in order to get his goals, neither was he even considered to be a villain in the first place, just someone who thought he could lead with the group who followed him that in sadly lead to a disaster. 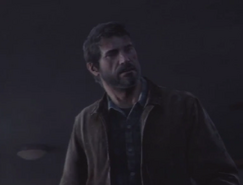 Joel: While murdering Ellie was a harsh thing to do, it was not for bad reasons, meaning that Joel had a good chance in being in the wrong, over letter over thousands of people die horrible deaths just because he doesn't think the world is worth saving and lied to Ellie about what he did. However there is a possibility that Ellie would not have been a total guarantee in making of cure over cutting her up asleep like that, but many have argued that it would be better to risk that that not taking the risk at all. 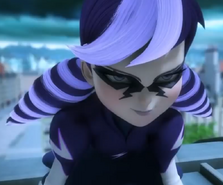 Aurora Beaureal: Having a series bound to being very lighthearted, can linger to a low heinous standard of some of the basic villainy you'll ever see, just about every akumatized villain doesn't even compare to many comedic villains in series, heck Tom from Tom and Jerry is more heinous than them, and Aurora is an blatant example of standard evil.

Calo Nord: A good example of usual evil in Star Wars is the bounty hunter Calo Nord who serves a bar comparison of his heinous self in compare and contrast to Darth Malaks who's way above him in terms of being more heinous. 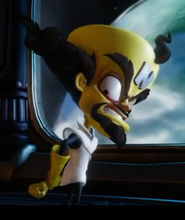 Dr. Neo Cortex: A lot of comedy villains tend to be standard villainy, not necessarily a bad thing, because there's a lot of standard villains I like and Dr. Neo Cortex is quite fun to see every time he fails in every game, but this guy has a very simple evil motive, and while his affiliation with some unethical experimentation may been heinous, he was always considered to be a joke at the end of the day. 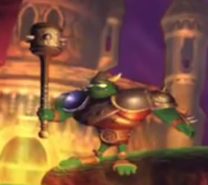 Gnasty Gnork: It's ironic how much this franchise (especially the classic series) followed the most basic route on what makes a standard villain totally to creating Malefor who went far above those boundaries of standard villainy, being none other than Gnasty Gnork who didn't even get to kill any of the dragons, and his actions were completely reverted back to square one.

Kai: While Kai may been the most powerful and likely most dangerous of the trilogy villains, he is not the most effective due to how his actions were undone by the end of Kung Fu Panda 3, not to mention that some dark deeds that Shen did cannot be undone. 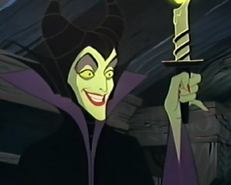 Maleficent: Maleficents not a complete monster, get over it, and she doesn't even quite break the baseline either, despite the fact that she temporarily succeeded with Aurora being dead, as it was negated due to the princes kiss on her, and she doesn't exactly qualify as a infant killer either because she intended for a 16 year old to die not a child. 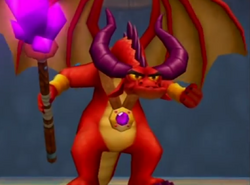 Red (Spyro): While Red has killed some of his henchman and may caused some temporary damage to the environment, that's as far as his actions go from there, because he doesn't really stand that much in comparison to all the other villains, and he redeems himself at the end, placing him right where he should be. 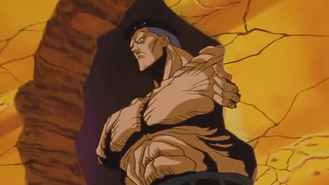 Younger Toguro: Looking up more and more of the heinous factors of younger Toguro, his most heinous action was only killing Genkai, who was resurrected shortly after her death, besides from that, Toguro doesn't go any higher from the heinous standard, because at the end of the day he was a torn man over his failure in keeping a foundation with his students that he worked hard for, and he chose to punish himself for over 10,000 years for such failure, intentionally demanding to being a damned soul when he didn't even deserve such a harsh punishment. 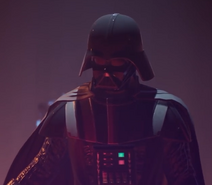 Darth Vader: Just because a villain isn't pure evil doesn't mean they aren't as heinous as one, and lets be real here Darth Vader is a very heinous villain. Not only is Darth Vader highly heinous, but he was extremely militant enforcement of heinous doings for over two decades almost constantly non-stop, even before he fell to the dark side, he commited a lot selfish actions during the prequel trilogy era. We all know in the end Vader returned to being a more moral person, into becoming the opposite of a damned soul that is a blessed soul but because of the horrible decisions he made for a long period of time, he's labeled to be this type of evil villain. 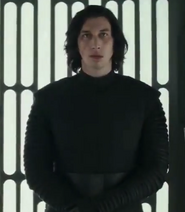 Kylo Ren: Like his grand father, Kylo has attributed to some heinous decisions during his time being a darksider in being an enforcement for planets to be destroyed and killing one of the biggest war heros and characters in all of the entirety of Star Wars and like his grand father he is a tortured quote on quote sympathetic soul who redeems himself at the end and sacrifices himself for the main hero of the trilogy, how original, 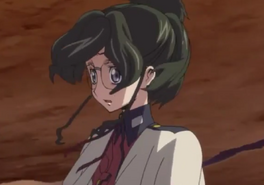 Nina Einstein: The Sly Cooper Penelope of the Code Geass franchise is a major Flawed Embraced Evil villain, a girl who seemed to at first have qualities of a pure good character of all things, went into a deep state of loving an idol who was dead over a terrible circumstance, and blow up over a million civilians over it, and yet this person seeks out to redeem herself from her horrible ways, making herself amazingly not up to the Near Pure Evil level. 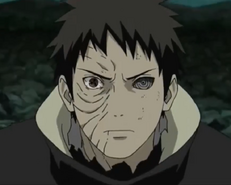 Obito Uchiha: Arguably the biggest non-Near/Pure Evil of Naruto fallen hero is a Uchiha clan member who for over 17 years lost all hope in the world he was living in, by losing his parents (a common tragedy in Naruto), and being manipulated by Madara with Rins death being the driving motivation for his fall, unlike Madara who didn't redeem himself that much into being good guy or maybe even a neutral person for that matter, Obito choose to fight for the heroes at the tale end of his villain goal almost being completed, and dies doing this. The thing about Obito is, he is responsible for nearly or mostly all the heinous events that are happening in the 699 chapters of the manga, making him too heinous to be labeled on average heinous standards in the series.

Sephiroth: I was considering this warrior to be Near Pure Evil but the sad thing about Sephiroth is the situation of what the true Compete Monster of the story did to him, setting a large amount of brainwashing to the point where when the revelation of who Sephiroth was revealed, he finally snapped, plus Sephiroth in a way believes he's doing the right, NPE and PE's have much more selfish intent for their goals than that.

Souther: To tell you the truth I was within a hair in publishing Southers profile on the Near Pure Evil Wiki due to how heinous he was in the story, however the problem with Souther is while he may have had remorse for how bad he was in the end, it was really him seeing through the wrong of his ways, ultimately making him a redeemed villain which makes him too far off from the Near Pure Evil status. 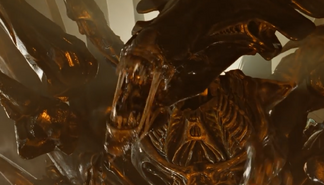 Xenomorph Queen: As where ever this thing goes, disaster strikes for any organic lifeline making contact with it. Not only that but this perfect organism killed over 99% of hundreds of people as a seek and destroy for all lifeforms, and nearly somewhat unintentionally commited genocide on billions of lives on Earth, obviously meaning that this monster has done one of most heinous acts in the series and no this species has no care for it's kind in any way. The only real problem with the Xenomorph going any higher is the fact she's amoral, no not minor amorals like the ones who have a personality and can at least have a mind like a human, but is animalistic amoral meaning that she doesn't even have the capacity to comprehend the difference between right and wrong as much some other amorals who more capable to. 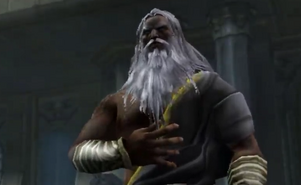 Zeus (God of War): This villain is way closer to being Near and Pure Evil then many will let you believe, he's commiting some of the very worst actions in the series and shown to have some embracing for his sadistic side, the way he treats the majority of his family, especially with Gaia someone who raised and took care of him was betrayed and his corruption caused a lot of problems within the world of Greece. The only reason why this villain isn't pure evil is due to him having some respect for his fellow god brethren who don't cross the line, but his placement for being an anti-villain or grey zoned is questionable at best.

Retrieved from "https://pure-evil-wiki.fandom.com/wiki/User_blog:Finiznot/Villains_who_aren%27t_even_Near_Pure_Evil?oldid=7080"
Community content is available under CC-BY-SA unless otherwise noted.